One good thing that has come out of the Covid-19 situation is that many of us are beginning to renew our love for Ireland. Many of us had forgotten about our own country when tempted by far off shores.

However, falling back in love with Ireland is set to become even sweeter. A staycation subsidy has been agreed by the cabinet in order to boost the tourism and hospitality sectors around the country this summer. It is believed that every household will get a cashback rebate from the government for holidaying in Ireland this summer through their taxes.  Anyone eating, drinking or staying around Ireland instead of holidaying abroad will be able to redeem a portion of their hotel or restaurant bill back on food, accommodation and non-alcoholic beverages.

The “Staycation Subsidy”, which will allow people who spend €625 to claim back in an income tax credit worth €125.

It is expected that the voucher will remain valid from this autumn until April of next year. Consumers will be able to upload their receipts to an app on their phone in order to claim the credit.

“The unprecedented scheme would be aimed at encouraging people to eat out and go on holidays in Ireland”, the Irish Independent reported.

With a lack of international tourism this year, the Irish hospitality sector has taken a large hit. The government is proposing to boost these sectors by encouraging families to holiday at home.

A similar scheme was introduced in the UK by Chancellor Rishi Sunak where the government pay up to half of a person’s restaurant meal to a maximum of 11 euro as part of Britain’s economic recovery plan.

The grass isn’t always greener on the other side and it is hard to get any greener than the grass of the lush Irish countryside. Plan your Irish family staycation now with the help of GetawayswithKids.ie 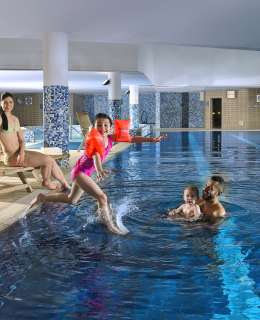 Düsseldorf will charm the kids

Ballyhoura Country – The Crossroads of Munster

7 nights in Tenerife in October from Shannon